Your designs, your brand, your identity. We are a one-stop shop for all your custom t-shirt and promotional merchandise needs. We specialize in high-quality screen printing, digital printing, and embroidery services, allowing you to create custom shirts and merchandise that truly represent your brand.

Serving Arizona Since 1985 – With over 35 years of experience in the industry, we have built a reputation for providing exceptional service and top-notch products to our clients. Our state-of-the-art printing facility is located in Tempe, Arizona and we are proud to serve the Phoenix, Tempe, Scottsdale, Mesa, Gilbert, and Statewide areas.

Design custom apparel and merch with the brands you trust including Hanes, Next Level, Nike, Bella + Canvas, The North Face, Travis Mathew, and more.

No logo? No problem. Our artists are here to help.

From glitter to metallic we have it all. Contact us for a quote!

Our catalogs feature a diverse range of customizable products from well-known brands such as Gildan, Hanes, Next Level, Carhartt, Bella + Canvas, and American Apparel. In addition, we offer competitive pricing and fast turnaround times, so you can get your custom apparel quickly and at great value.

Browse our catalog, request a quote, and let us help you create the perfect personalized apparel or promotional merch for your business or event. 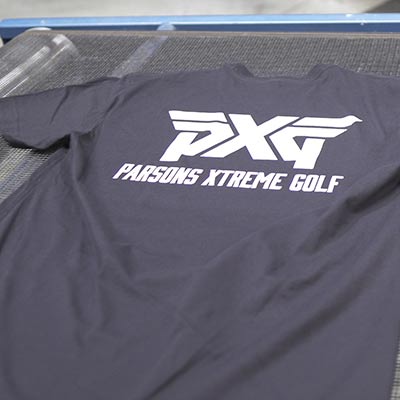 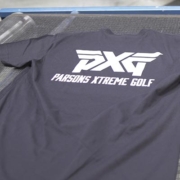 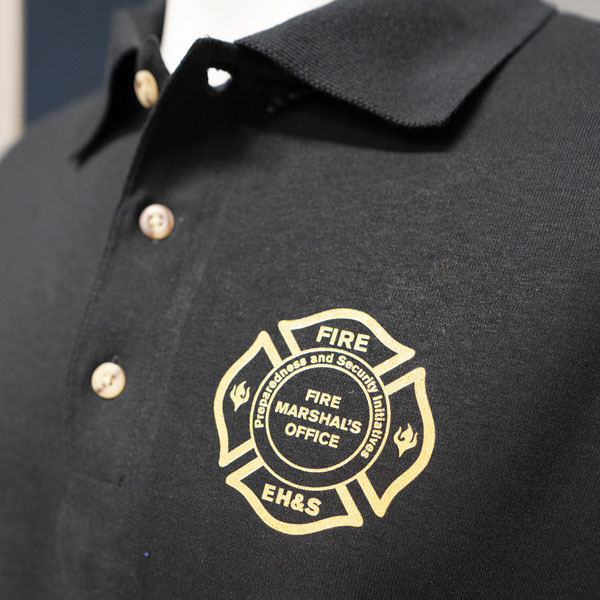 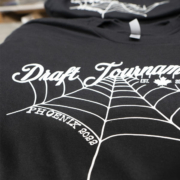 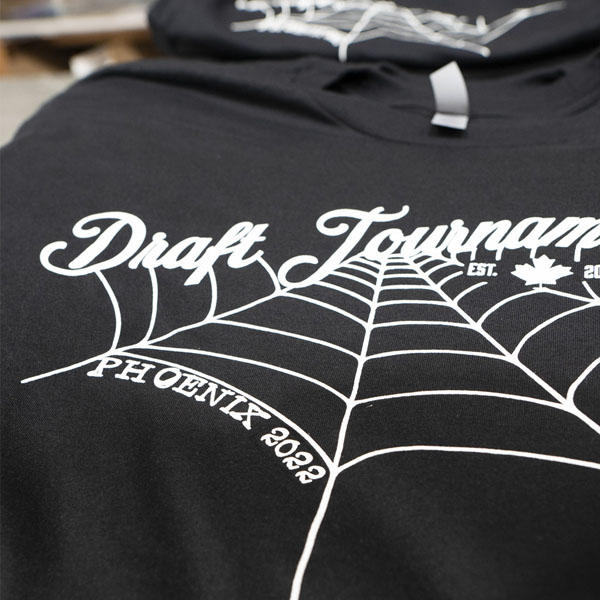 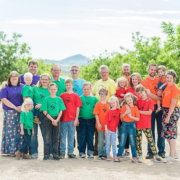 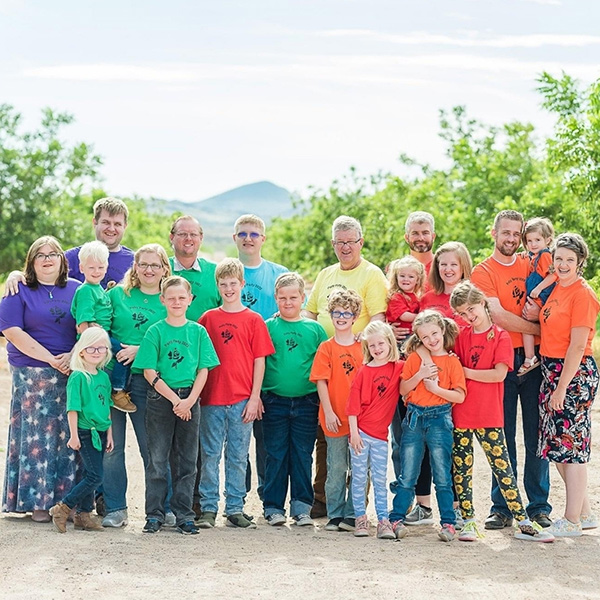 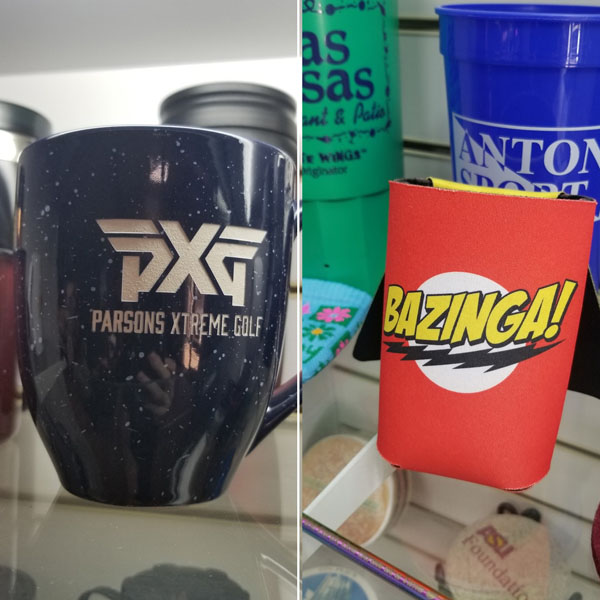 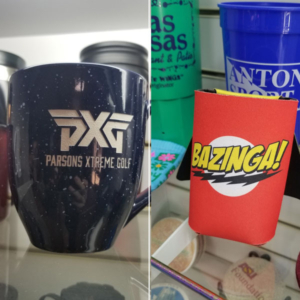 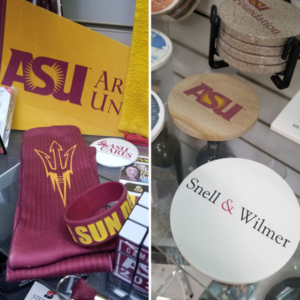 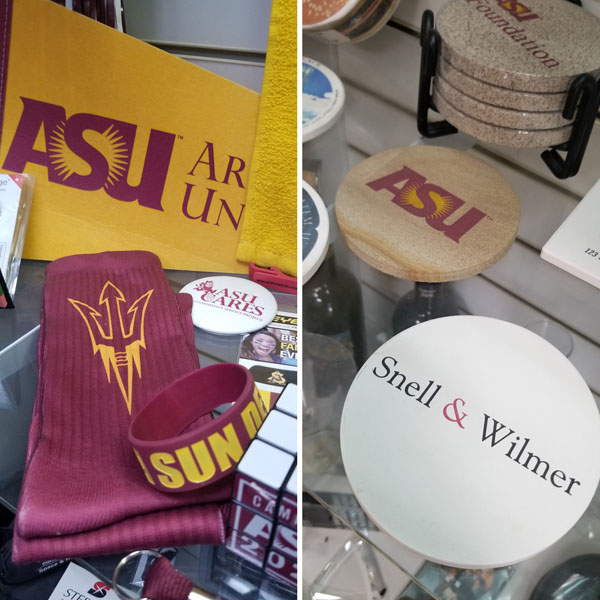 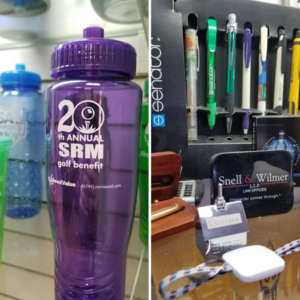 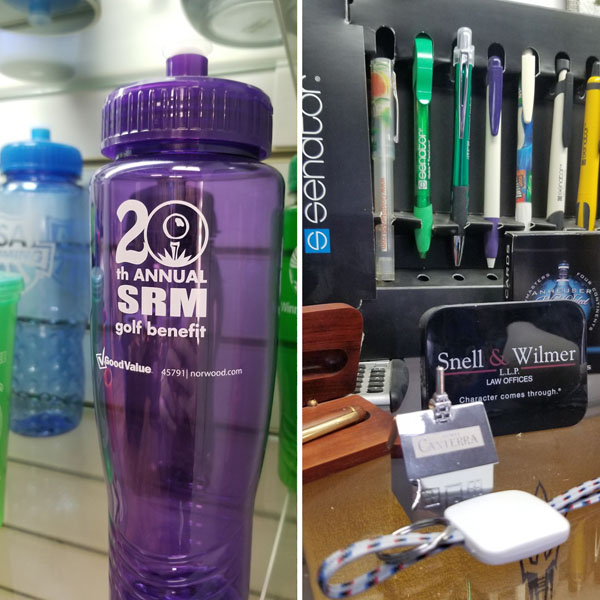 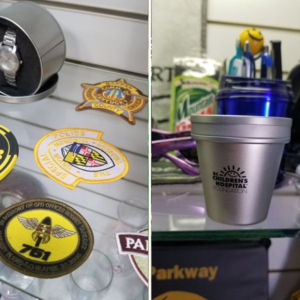 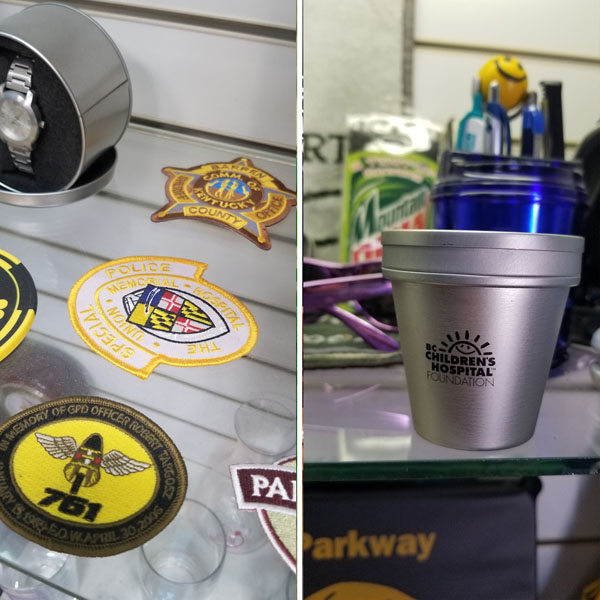 Whether you are looking to create custom t-shirts for your business, team, event, or personal use, we have the expertise and resources to bring your designs to life. Our production facility affords additional decoration methods including heat transfers and specialty inks. With competitive prices, quick turnaround times, and a wide range of products to choose from, we are confident that we can meet your needs and exceed your expectations.

Contact us today to get started on your custom t-shirt and promo merch project and see the difference 35 years of experience can make!

With nearly 40 years of experience in custom apparel, you are in good hands. From design tips, to cost-saving ideas, we are here to make sure you get the most out of your order with a product you love. Here are what our clients have to say.

The T-shirts were delivered bright and early this morning – the courier service was very good – very cheerful and helpful.  The 72 boxes of T-shirts look great! Thank you for your wonderful service and patience with my many questions and changes. Everyone I spoke to at ASU always has such good things to say about Anton Sport and it is easy to see why your company has such a stellar reputation at ASU.

I just want to THANK YOU ALL for doing a wonderful job on our T shirts! The turnaround was excellent and very much appreciated! Through my health issues and trying to describe to you what I wanted on the t shirts was awesome! And thank you very much for your understanding! I hope to do more business with you in the future!

Thank you to the whole team at Anton Sport. Through troubleshooting issues with licensing, the design, and execution of services, It’s obvious you have a diligent team who take pride in their work.

Thank you again, you can certainly count myself as a future returning customer.

I had a last minute idea for T-shirts when I was in town for a team meeting. Breana from Anton Sport was awesome as she took my information over the phone, sent me proofs and delivered all within the same day! Thanks Breana for helping me pull off my surprise!

Shirts always turn out well and the quote and ordering process is simple. Our shirts were always completed on time and pickup was a simple process.

This local AZ family business can meet all of your needs for print or stitching on clothing items and promotional items. Thank you for making our event look great!

Very friendly staff I get all my work shirts with logos from the store. We also get our lodge shirts for Scottsdale Masonic Lodge there. Reasonable prices and good people not a bad business plan.

Are always great to deal with got our entire staff great looking shirts here at First Class Auto Body!

Helped me out in a bind get shirts printed quickly for a bachelor party.

Since 1985 Anton Sport has been committed to helping businesses and organizations grow by providing the best service in custom and corporate apparel, t-shirts and promotional products.

Anton Sport was started with an idea, a tiny dorm room and a maxed out credit card. When John Anton was a student at Arizona State University he decided to print 200 t-shirts for an upcoming ASU vs. USC football game. Within 2-hours, John’s t-shirts quickly sold out. Over the next few years, John became a permanent fixture at college events and became known as the campus t-shirt guy.

After graduating from ASU, John ventured into the corporate world before returning to his t-shirt business. John’s renewed belief in his business prompted him to purchase his own screen-printing equipment and set up shop in his garage. Forced from his garage by HOA and unable to sell his house due to the housing market values, John took a huge gamble, rented out his house, sold his car and used his life savings to buy a 3,000 sq. ft. warehouse on Scottsdale Road in Tempe, AZ. John, his business and his bed promptly moved in to the warehouse, just blocks away from the campus where it all started and Anton Sport was officially born…read more.

Check out our Team
Scroll to top